THE CRIMINAL JUSTICE SYSTEM- AND THE POWER OF A HAND UP 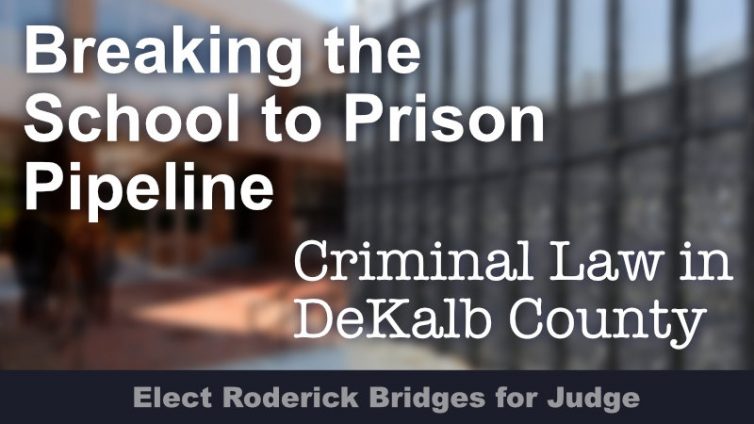 Roderick Bridges is an accomplished attorney with over 20 years of experience who understands the impact the criminal justice system has on the community, specifically young people. Roderick Bridges believes that good men and women have the power to step into young people’s lives and give them hope for success – an alternative to violence and crime; something the justice system can’t do alone. It is this belief that has inspired Roderick Bridges to seek to serve as the next judge in DeKalb County.

How Kids Enter A Lifetime In The System

He did a stupid thing. There’s no excuse for robbing and assaulting the delivery driver trying to make an honest living. And no matter what, he should have kept his hands off the man. Not go crazy with his friends …. mimicking the violence he’d seen since he was barely old enough to hold his mother’s hand.

But, he did it. Not a squeaky clean kid, but one who had managed to stay in school, buck the trend – not ruin his life. And just like that, it was over. Now at 16 years old, he’s facing armed robbery charges that carry a mandatory minimum of 10 years in prison. Now a statistic of the school-to-prison pipeline with few prospects for getting a job once released. 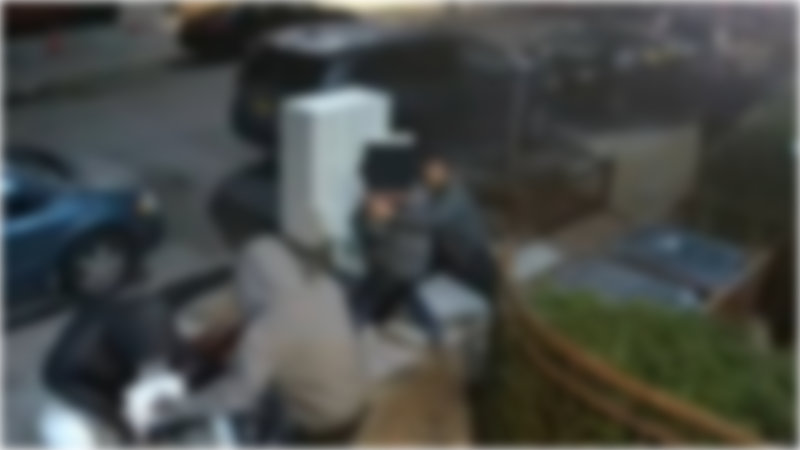 Justice is good. Crimes should not go unpunished.

But having practiced for years in the Superior Court, on quite a few criminal cases, it’s impossible not to see the waste: kid after kid going straight from school into the System; where taxpayer funds support them until released; often to return to criminal behavior.

The Difference We Can Make

What if we could offer them a chance their environment didn’t, couldn’t, or just wouldn’t? A chance to learn a skill, develop good habits, and learn to appreciate the reward of honest work and self-reliance.

It’s an opportunity I’ve been in the position to offer, and I’ll tell you from experience that we truly do have the power to change people’s lives. Not every time. Not even most of the time, but every young man and woman who breaks free represents generations that will lead productive lives, and possibly help others.

How? I have a few ideas, but first, let’s look at the cost. 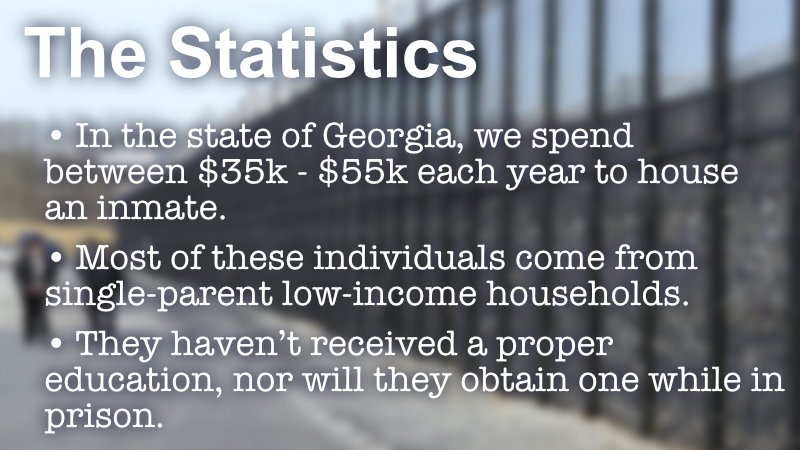 In fact, the primary focus of the justice system isn’t rehabilitation, it’s deterrence and punishment; a focus that has been ineffective at reducing crime.

Recidivism Is Getting Worse

While we’ve implemented mandatory sentencing, we have seen the problem only increase. Today, 77% of offenders end up back in jail, in part because of a lack of education, job opportunities and the trauma they experienced while incarcerated. Kids are being thrown into a very adult environment from which they have no escape.

It’s time to use judicial power to put more focus on rehabilitation. We need to educate and provide technical training to these individuals, with the hope that they become productive tax-paying citizens.

It’s a tool that judges should have at their discretion when they see an opportunity to break the cycle. And it’s a change that you can help to bring about.

You Can Help Turn Things Around

As our friends at Handyman Training School, they offer training and real-world experience to people from all walks of life; including young men and women who have made mistakes and are ready to get on the track to success.

Watch this local business offer a winning solution for rehabilitation

To someone whose parent was absent or overwhelmed, mentors like those at the Handyman Training School may be the first step in giving them a hand up. Knowledge, encouragement, accountability; and the opportunity to fail and try again.

You can be the agent of change to offer a hand up. If you’re the owner of a local business, a neighbor, or community stakeholder, your involvement is needed. There’s no guarantee that those offered a chance to break free of the system will take it, but the effects of the one that goes on for generations.

Maybe consider mentoring kids in your community – trust me, they could use a friendly ear of someone who’s successfully navigated their way to independence. You can even refer a middle- or high-schooler for a mentorship program.

Join Roderick Bridges in working to make our community a safer, more prosperous place. Join me in helping our youth become better citizens. Trust me: you will be richer for it.

If you agree that helping our youth and making the community safer is an important role in the judicial system, elect Roderick Bridges for Judge.